DAYTONA BEACH, Fla. – Ron Norman fondly refers to the recent developments in his racing career as coming full circle. The same can be said for Arizona’s Tucson Speedway, the track where Norman has achieved so much of his success.

Tucson was reunited with its deep NASCAR roots midway through 2014 when NASCAR Whelen All-American Series-sanctioned racing returned to the famed .375-mile oval. Norman wanted to be the first to capitalize on the renewed relationship, and like many other times in his career, he succeeded.

It was a unique couple of years for Norman and his fellow Tucson competitors. The track started racing in February 2013 and continued that points season on until June 2014. After a short break, the NASCAR schedule kicked in in July with a six-race mini-season to crown the first Whelen All-American Series titlist since 2008.

Norman saw an immediate impact on the local racing scene once NASCAR racing returned to Tucson.

“We got so much publicity, the crowds were at max capacity for the first time in a few years and the car counts were back up to the mid 20s,” Norman said. “It was a big deal and everyone was excited about it.”

The transition marked a thrilling time for Norman, a Tucson resident who originally hails from Davenport, Iowa. Norman earned NASCAR championships at his home track in 2004, `06 and `07, and after lobbying the facility’s ownership to return to the NASCAR family, he wanted to be the first to wear the crown.

“I always encouraged them to go back to NASCAR,” Norman said. “Coming back in 2014 and knowing that we were going to sign back up with NASCAR, I wanted to be the first champion with NASCAR back.”

Norman piloted his own No. 9 Finish Line Printing & Mailing Chevrolet to a pair of wins and five top fives in the six-race super late model season to earn that trip to Charlotte, North Carolina, last December as the Tucson titlist for the NASCAR Whelen All-American Series Awards.

“It just really meant a lot to be at the top of the heap at the end of 2014 and to be the first one to go with the new track owners to Charlotte and show to them what I’ve been telling them all of these years,” Norman said. “Everything came full circle when we showed up in Charlotte.

“For me it was super important to be the ambassador for Tucson because I had already been there and already done it.”

Although it was his fourth NASCAR track title – and ninth overall at Tucson – the 2014 success provided an additional benefit as he earned the Whelen All-American Series Arizona state championship for the first time in his career.

“That was huge, and the stuff that comes along with it like the suits, the helmets and the extra attention you get from it, it’s what we race for,” Norman said. “I’m going to be proud to wear all of that stuff this coming year.”

The 2015 Whelen All-American Series schedule at Tucson will commence on Saturday, March 28, but recent developments will likely not allow Norman to defend his titles. That’s because he’s going to advance up the ladder and embark on his first campaign with the NASCAR K&N Pro Series West.

The ball got rolling for Norman to move up to the regional touring series when he struck a deal to participate in Tucson’s K&N Pro Series West event scheduled for May 2. Things have since progressed and, although details are still being finalized for the total scope of his schedule, he will be at the season-opener on March 28 at California’s Kern County Raceway Park.

No stranger to running 30-40 races a season, Norman’s 2015 schedule figures to be fairly full as he plans continue to compete in Whelen All-American Series action at Tucson for events that don’t conflict with his K&N Pro Series West schedule. http://hometracks.nascar.com/nwaas_feature_021215_Ron-Norman_Rides_Wave_Of_Success_In_Southwest 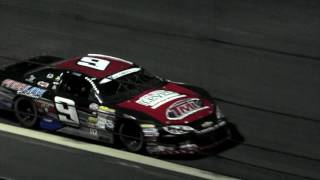 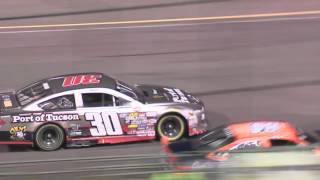 Highlights from the Douglas County Speedway (2016) 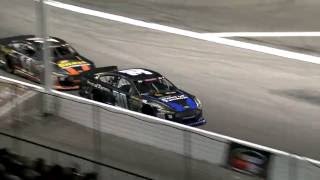 From the Shop: Prepping for return to Iowa Speedway 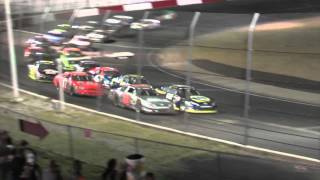